These cargoes include food and medicine, liquid cargo in various containers. All these cargoes are delivered in refrigerated trucks. Our fleet is equipped with modern tractors with refrigerated semi-trailers "SCHMITZ" (Germany), Krone (Germany). All trailers differ in novelty (year of manufacture 2015 - 2017) and maximum equipment.

Each semi-trailer is equipped with a modern refrigeration and freezing unit "Thermo King", thanks to which you can entrust us for transportation of both deep-frozen products and perishable goods that require only refrigeration.

During transportation, the temperature in the semitrailer is recorded by a flight recorder on a special tape - even the most demanding client will be sure that the entire delivery chain, from picking up cargo in Europe to unloading in Russia, was carried out at the required temperature.

Due to the suchdeliveryn, the road train crew consists of two drivers, due to which the delivery time is significantly reduced.

As for example, the delivery time from Holland from the moment of loading is about 72 hours.

If a customer requires an even more urgent delivery, the crew can consist of three drivers. 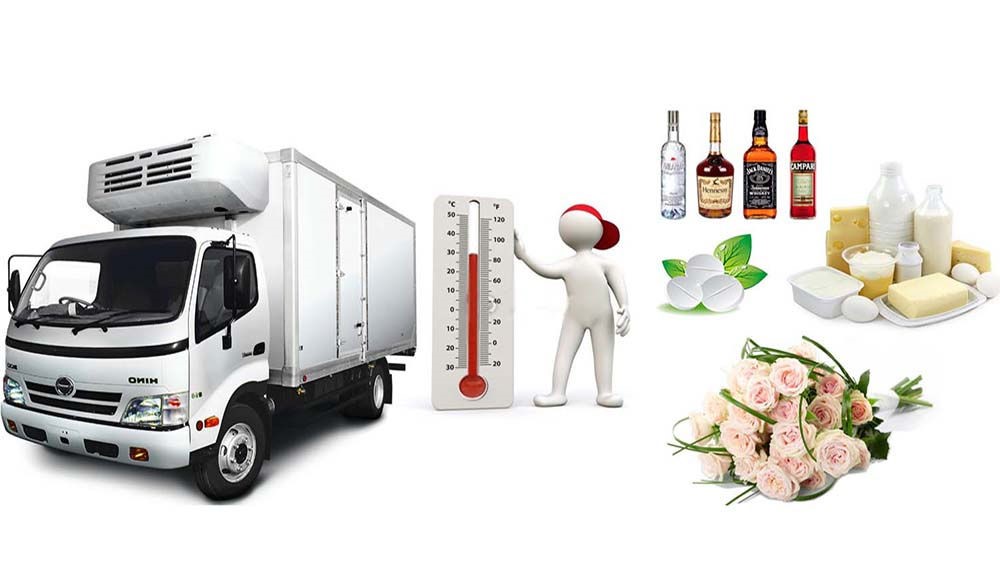 Our company has in owned two-compartment refrigerators equipped with a special movable partition and a special refrigeration unit. Thanks to this, it is possible in one part of the semitrailer to deliver cargo that requires subzero temperatures, and in another part, for example, plus five degrees.

Your message has been sent! Thank you for contacting our company. We will contact you soon!